Eleven year old Debbie Tiger is the oldest of six sisters and she is a menace or as her sister Ginny says, "She is a pest!" When each younger sister invites a friend to visit the Tiger family ranch in Northwest Arizona, Debbie is full of tricks. However, if anyone gets in trouble, it's always Debbie to the rescue.

​The Happy Tigers, the Teen Years
​
The teen years of the Tiger family from the parents to their six lively daughters are a mixture of love, romance and adventure. The sisters become involved in exploits that convince their father he will grow old before his time. Just as when they were little, oldest sister Debbie comes to their rescue. But the parents worry that Debbie will never mature as she graduates from high school and sets out on an adventure with unexpected results. Eventually the parents relax when the two youngest daughters are the only ones left at home until youngest daughter Tarji springs the biggest surprise of all.

By the End of August: Ginny's Story (The Tiger Family) (Volume 3)

​Burned out after two years of teaching high school journalism, Ginny Tiger is ready to take on any job that allows her time to write a Civil War romance and a book about her Irish-Norwegian-Choctaw family and their supernatural experiences. An employment agency sends her on an interview with an old retired country lawyer in need of an assistant to help him write his memoirs. Nothing could be better, she assumes, until she arrives and is greeted by a handsome, sardonic butler. In spite of herself, she falls in love. Unfortunately she does nothing to inspire the trust of this man as she has one embarrassing episode after another. This is a fun-filled sequel to The Happy Tigers, The Teen Years and the prequel to the time-traveling episodes of her other-worldly older sister Lynnie.

While having lunch with her best friend in a crowded restaurant, Danielle Stevens locks eyes with a stranger across the room. She looks away, startled that she thinks she has seen someone from her past: someone she never wants to see again.

At that moment, Blake Wallace, the recipient of her stare, asks his companion if he has ever seen someone who seems familiar but doesn’t know why. His friend laughs, teasing him that he has had too many women in his past.


A spunky Texas country girl becomes a spunky Texas businesswoman who encounters a suave and debonair northeastern executive at work. A friend's challenge sends the romance into a serio-comical charade that almost spins out of control.


A wedding invitation to a tropical island turns into romantic intrigue for a Nebraska schoolteacher. Amy Andrews finds herself on the lush tropical island of Palmaltas, where she travels to be maid of honor at her best friend's wedding, never dreaming she would live life on the edge...


After a disastrous summer for Avery Mann and his friend Pam. the new school year started without a hitch for both of them in Swaying Palms, Florida. As a high school Social Studies teacher, Avery settled into a routine that he enjoyed plus making friends with other faculty members. All was right with the world. He couldn't have been more wrong. There was no way he could have anticipated the nightmare that was coming. 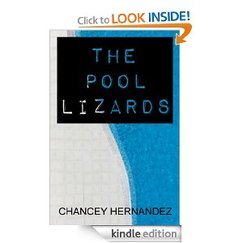 The Pool Lizards (The sequel to the Pig Farm)


In The Pool Lizards, Avery Mann unwittingly becomes involved in the mischievous shenanigans of new friends that result in cheating, blackmail, and murder.

Paradise at last for Avery Mann? That’s his expectation when Pam, an acquaintance from twenty years ago on the Caribbean island of Palmaltas, invites him to move to Swaying Palms, Florida. He has no way of knowing it but, among his new friends of lecherous Romeos and madcap Juliets, cheating, blackmail, and eventually murder will overshadow the tropical setting. 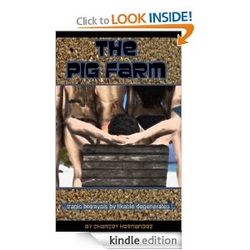 The Pig Farm (The 1st in a Trilogy)


Sun...sea...sand...sex...the perfect spring break? That is what young schoolteacher Avery Mann looks forward to on the tropical island of Palmaltas. However, once there he finds himself trapped amidst comical mishaps and tragic betrayals by likable degenerates with an unlikely dream of their own. 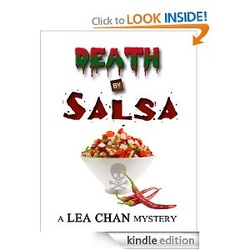 Death by Salsa
by Lea Chan

The goal of friends Clay and Marty is to win a hottest category salsa contest. The goal of their wives Hannah and Sherylynn is to work on archaeological and horticultural projects in Southwest New Mexico for an online college. Never mind that Clay and Marty don’t know the first thing about making salsa, hot or otherwise, as they set out on a modern picaresque journey to find the hottest chile peppers. As Clay and Marty begin their experiments and offering them to locals for an opinion, they are oblivious to the effects their efforts are having. And the human bones Sherylynn and Hannah find are not part of their projects. 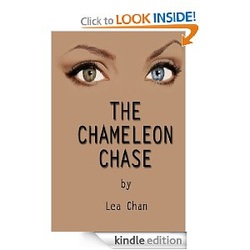 Two car crashes set off two desperate searches. In one crash the dearly beloved secretary of an insurance agent plunges off a cliff. In the other a middle-aged, spinster heiress to a billion dollar fortune dies in a fiery accident. From these two incidents, the insurance agent searches for the missing sister of his secretary and a private detective races to find out if there is an heir to the fortune.
The two searches collide with unexpected results. 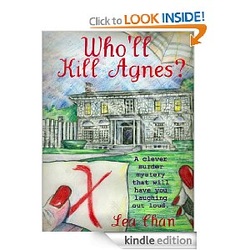 Someone wants dearly beloved philanthropist Agnes Henley to die. Never mind that thirty years ago, she committed murder in order to inherit a family fortune. When Agnes is found dead, Police Chief Harold Donovan doesn't believe that anyone in the Henley household would want to harm the highly esteemed lady, except perhaps Marcel, the fake French chef. When another murder occurs in the prestigious home, Donovan is convinced that Marcel is the murderous mastermind behind the killings. But is Donovan on the right track? Will he solve the murders before another occurs?